So it's time to step up from the camera phone to something that is more powerful and with full creative control over the photos you want. DSLRs are much more powerful than camera phones as they are equipped with a larger imaging sensor which allows better low light compatibility and higher image quality.

All DSLR cameras give you the power to control the scene, whether it be the shutter speed so you can freeze your subject or that beautiful background bokeh that makes your images stand out. The good news is that even with the cheapest DSLR on the market you can accomplish these tasks with ease.

The major features that you should be looking for are ISO, sensor size and of course real reviews from people who actually own the camera. ISO range for an entry level DSLR really dictates how well the imaging sensor performs, even in bright well lit areas. The ISO range of the Canon 1100D (Rebel T3) is the standard 100 ISO to only 6400, which indicates the fall off of image quality would start around 1600 ISO whereas the Nikon D3200 and Sony Alpha SLT-A37 which are limited to 25,600 ISO which image quality begin to decay around 3200 ISO but still useable up until 6400 ISO and beyond.

The best entry level cameras are all crop body digital SLRs, which means they do not use a 35mm sized sensor, rather a smaller sized sensor that are commonly around the 23mm x 15.5mm size. However this isn't a bad thing when compared to a mobile phone's camera sensor size they're up to 3 times larger, which means much better low light compatibility as the larger sensor can capture more light and overall higher image quality due to the extra size.

Battery life on DSLRs are much higher than camera phones and point and shoot style cameras, because they're larger in size it allows the manufacturers to increase the battery capacity. The recommended cameras in this comparison article all have around 500 shot minimum from the standard charged battery. You can extend the life by not using the rear LCD as often and limiting the use of the flash, as with any camera. 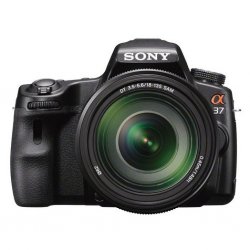